Source Material: A Dream Is A Wish Your Heart Makes

A few tropes stand out as definitive when thinking of early Disney animated films. The beautiful princess and stoic prince, or course...but we also have stunning over the top backgrounds, with swaths of rich color,  and of course grandiose music setting the tone.
A common practice in these early films was to adapt classical work to fit the theme and gait of the film.  Sleeping Beauty is the ultimate example of this.  In that film Tchaikovsky's 1890 ballet was adapted to the film perfectly, lending its melodies to the (few) songs. 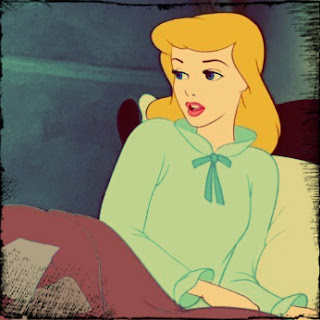 Another wonderful example, that I was previously unaware of, is the source material for A Dream Is A Wish Your Heart Makes from 1950's Cinderella.  Here, 19th century Hungarian composer Franz Liszt provides the jumping off point.  Transcendental Etude No. 9 (Ricordanza) , is a small but memorable piece in his larger solo piano piece Transcendental Etudes.  It was described by Italian composer Ferruccio Busoni as "a bundle of faded love letters."  It doesn't get much better than that, if you ask me.
The melody used primarily in Cinderella is very subtle at times, but this is a really terrific piece and interesting on its own.  Enjoy.

The theme is used throughout the film and adds a wonderful sense of hope and beauty.  No wonder it is used so often in Disney parks and promotions!  It just has that terrific timeless quality that we associate with these early films. Perfect.
Posted by Adam and Andrew at Monday, February 18, 2013