Relatively early in the month Tumblr started getting over run by fun old Disney Valentines day cards.  Some were cheesy, some were sweet, some were...uh, a little strange. (I'm looking at you little mermaid!)  All of them were super fun though, and here is a compilation of some of my faves... 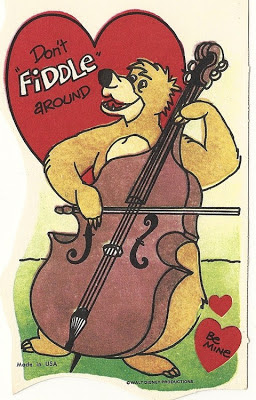 I dont get this.  Is it a country bear? Why is he playing, what appears to be a cello?
As opposed to say, an upright bass? 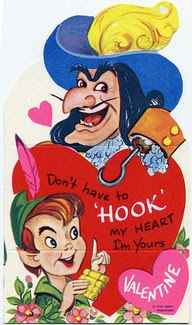 I always find it fascinating how standards of characters arent upheld once they're
licensed out, especially the farther you go back in the company's history.  Such is the case of this
Valentine.  Imagine Captain Hook with a witches hat on...just do it. 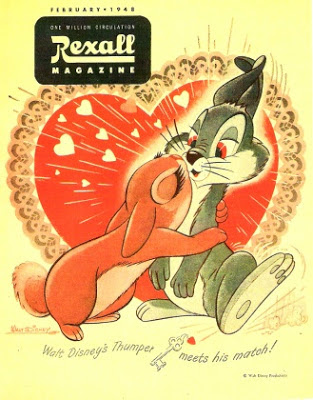 Less of a Valentines card, more of an sponsorship with Rexall pharmacy. (remember those!?!) The pharmacy
chain was founded in 1901 and had many Disney tie ins through the decades. 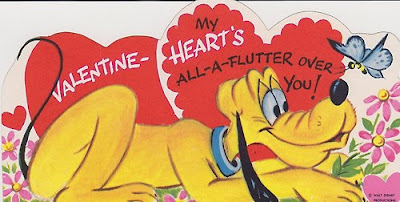 I like this one because Pluto rarely gets the spotlight, plus a butterfly is about to land on his
nose, which is adorable. 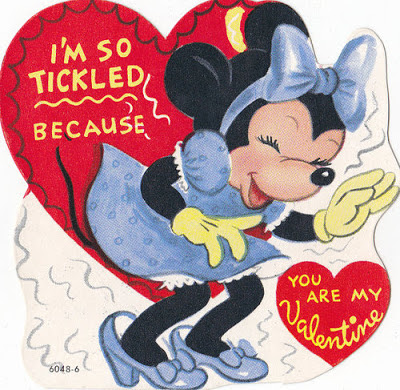 Minnie has the same charming "off" look that Peter and Captain Hook have.  This is the
kind of thing you might find currently made for the streets in Chinatown. "Deer-Me" is that really what they settled on? Seriously?  What about something with
Flower the skunk?

I hope everyone has a wonderful Valentines day.  Don't take it too seriously, as the holiday is rather stupid, but make sure to eat your weight in chocolates.  I know I'm going to.
Posted by Adam and Andrew at Thursday, February 14, 2013