So, something clicked in the past year.  Randomly, out of nowhere I started acting like an 18 year old and became obsessed with Tumblr.  It was a slow start at first, thats for sure. Somehow though, despite all the nonsense (I still really don't understand half of whats posted on there...) our Disney Hipster Tumblr is turning one this week! Yay birthdays!
To celebrate the occasion, our page got a whole new (and much better) look!  See below... 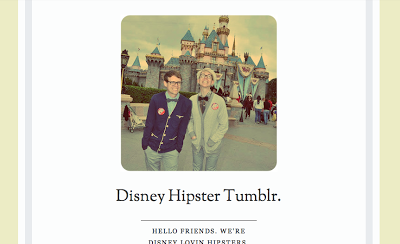 We're also having a "HAPPY ONE YEAR TUMBLR GIVEAWAY!"  What are the spectacular items you ask?  Well, we will be giving away a Disney Hipster tee shirt, with matching buttons to go with them, to FIVE winners!  Yay! 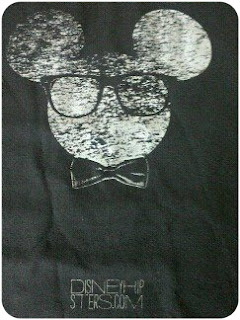 There are two ways to enter:


Reblog: Over on Tumblr!

Good luck everyone!  The drawing will be held on February 11th, and I will inform the winners promptly! :)