Layout & Background: Music For Everybody

Ludwig Von Drake is an amazing teacher.  I could sit and watch his lessons, completely enthralled, for hours and hours.  A few years after the crazy insanity of A Symposium On Popular Songs, Ludwig made another short film about music.
The emphasis of Music For Everybody is the importance of having music around you.  Information about this short is kind of hard to find...especially if you're me.  But the gorgeous background art is by Jimi Trout (awesome name...) who had worked on several Disney films, including other Von Drake shorts.   It has a real Hurricane Blair quality, and maybe a little Edward Hopper, late in his career. 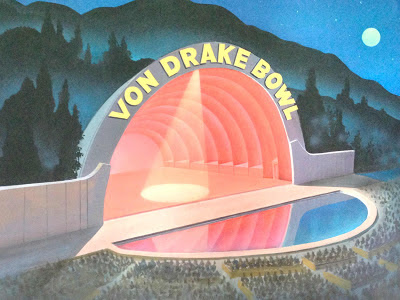 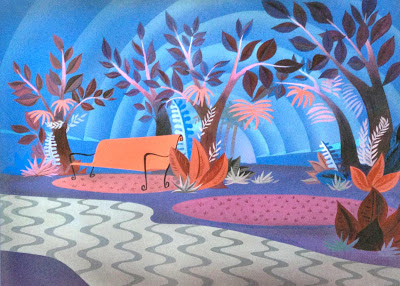 And for good measure, here is the opening of the film. I'm telling you, there is not a lot of information about this film floating around, outside of the Disney Treasures set, which includes the film in its entirety.