Celebrities Of The Day At The Hollywood Brown Derby

One of the greatest moments from our super long/awesome trip in October was being picked as the "celebrities of the day" at The Hollywood Brown Derby!  What is this magic that I speak of?  Let me explain...
The Hollywood Brown Derby at Disney's Hollywood Studios is a close cousin to the chain of Brown Derby restaurants based in Los Angeles during the golden age of Hollywood.  Great effort was made toward capturing the feeling of those original iconic restaurants, including its high profile celebrity clientele. 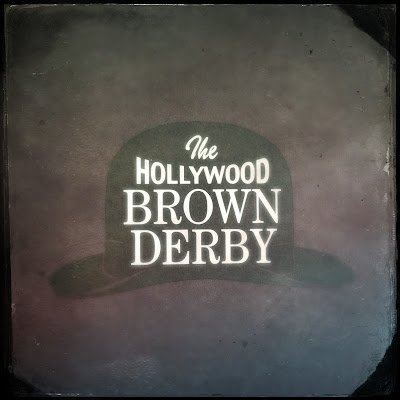 To help set the stage for such wonderful elitism, the restaurant staff picks one family to "open" the dining room for the day.  The chosen party is given their own derby style hats (though, to my delight they were black...because I don't wear brown.) and are given instructions on how to accurately play the part of celebrity.
During the opening the celebs are paraded outside of the restaurant and through the lobby,  toward the dining room where they "cut the ribbon."  While all of this is going on the guests are being showered in glitter, and having their photographs taken. 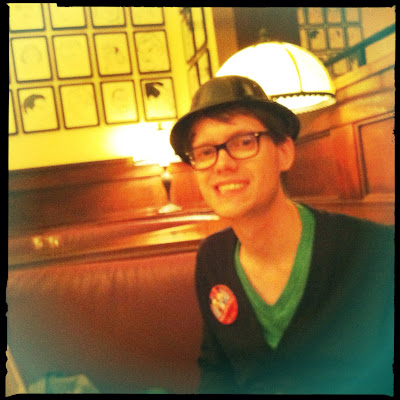 Adam in his derby...

At this point, the family is walked to a special booth table decorated with glitter and spangles!  But what happens to all of the photographs that were snapped?  Was that all for pomp and frills? Heck no... at the end of the meal the special family is given a wonderful souvenir booklet telling the story. 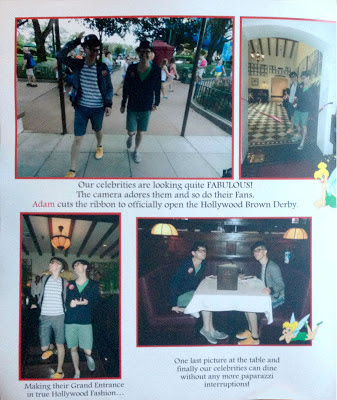 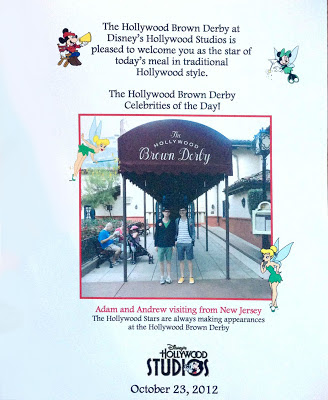 In addition to this totally magical moment, the meal at Brown Derby was surprisingly excellent.  We had NO IDEA that Hollywood Studios could harbor such a wonderful gem!  We've actually gone out of our way to avoid this place until now, but I'm convinced we'll be back soon. :)
Have you been the celebrities of the day?  Let us know about your experience! Maybe on Twitter or Facebook?