The Importance of Main Street Vehicles

Disney theme parks hold a high standard of well themed, clean, and beautiful environments that hold within them innovative and nostalgic forces of nature...that we all know as E-Tickets.  An E-Ticket attraction is the highest level of theming, atmosphere, and technology and often times thrill is a factor as well.  Though the standards have shifted more towards the thrill end of the spectrum lately, the general emphasis is on theme.
The inherent problem with the old ticket system of attraction classification is that for every E-Ticket there has to be a C-Ticket...and so on down the line. When we finally get down to the most basic of ticketed attractions, the A-Tickets
That is not to say that these attractions are any less themed. On the contrary some attractions, say the Main Street Vehicles are so intrinsic to the atmosphere of the turn of the century theme that one cannot imagine Main Street USA without them.  Its core redeeming undeniable value is theme. 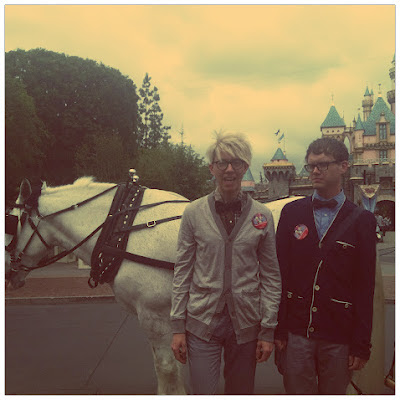 this horse is worth his weight in theming...
The importance of these vehicles (omnibus, horse-drawn trolley, firetruck etc...) demand extracurricular flourishes as well.  The firetruck, for instance, has its own station on Main Street (not that it docks there or anything, but you know...) taking the backstory a little further than necessary and completing the illusion.  The firetruck also justifies her place in Disney history, as do all vehicles designed by Disney legend Bob Gurr.   Likewise, the trolley garners itself an entire show, the extravagant splendor of which is displayed throughout the day along Main Street.  The clanging of the bell as it approaches is enough to send me into a tizzy with excitement. 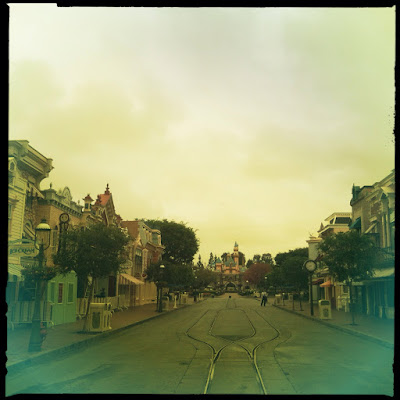 imagine a Main Street with no vehicles...

The back story of Main Street is that this town is going through the major changes that small towns found in the early 20th century.  Sure, there are horse drawn carriages...but also motor vehicles.  Though the motor cars exist they're not taking away from any of that turn of the century charm that Walt was obsessed with. (I think obsessed is an accurate word...) We find ourselves at the birth of a new era of American history, one that will change the way business is handled and urban centers will develop. But for now, lets enjoy the simplistic novelty of the thing.
The Main Street vehicles act not merely as an attraction, but the catalyst for story.  The major piece of evidence displaying the lands backstory, while provided much needed kinetic movement.  The sights and sounds are one in the same with Main Street.