A Short History of Baroque Hoedown

In the late 1960's use of the Moog synthesizer was still relatively new and vastly unheard by the general population.  Electronic pioneers from all over the world were experimenting with these fabulous new toys...not realizing that it would change the way we listen to music forever.  Two of the  pioneers responsible for popularizing this new art was duo Jean-Jacques Perrey and Gershon Kingsley. 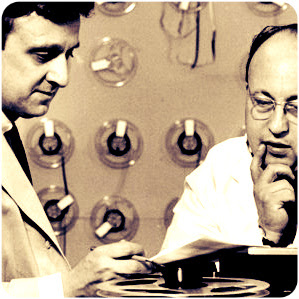 Released in 1967 to significant fanfare was Perrey and Kingsley's album Kaleidoscopic Vibrations: Spotlight on the Moog.  Largely comprised of electronic versions of popular songs, this record also featured a few originals as well.  One such composition was Baroque Hoedown, familiar to most Disney fans as the music from the Main Street Electrical Parade. 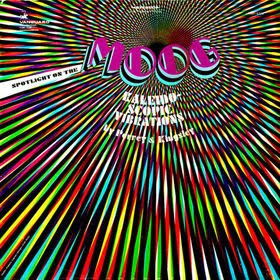 Used as its main theme since the parades debut at Disneyland in 1972, Baroque Hoedown is described as a harpsichord gone country.  The music has, for many, become just as important as the floats.  Hearing Jack Wagner's voice, all wonky with a vocoder, followed by the bouncy beat of Baroque Hoedown is enough to send most fan boys into a tizzy.  Though, through some loophole in the music industry, the artists themselves didn't realize that their music was used at Disneyland until 1980...eight years after its long run began.

The original version of Baroque Hoedown (1967)

Perrey and Kingsley are both alive and active in music.  Embraced by electronic music fanboys, and music snobs all over the world, both continue to play concerts...occasionally playing their most famous hit.  Here is a particularly adorable clip from the old Knitting Factory in NYC from a few years ago...

Adam and I have both played on this stage!!! :)

I was happy to discover that Baroque Hoedown is only a jumping off point into this fabulous music. The Perrey and Kingsley duo produced dozens of wonderful, blippy, fun songs.  If you have an interest they're readily available on iTunes...and totally worth every penny.