Disney World, and the Magic Kingdom in particular, is often maligned for being oversized and impersonal. (mostly by us...) There are a few wonderful and notable exceptions to the rule however.  Just right of the hub, walking between Tomorrowland and Cinderella Castle we have the splendid Plaza Rose Garden.
Built and planted in 1980, almost ten years after The Magic Kingdom, some might think of the rose garden as an afterthought.  This might be an instance where Imagineers noticed the less cozy nature of the park as compared to big sister Disneyland, and wanted to start rectifying it.  Located on a gentle sloping hill down toward the water, the garden includes a marvelously detailed iron balcony and covered seating area.  Though only a few benches and tables, the inclusion of this little nook adds a great deal toward breaking up the visual nothingness of that area. 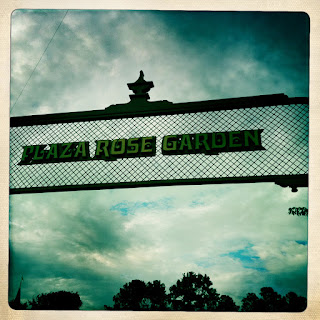 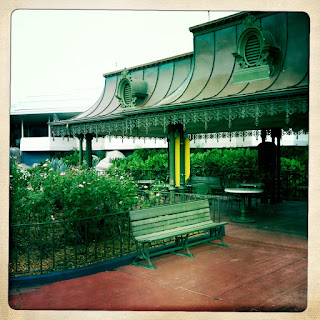 terrific and quaint seating right on the water... 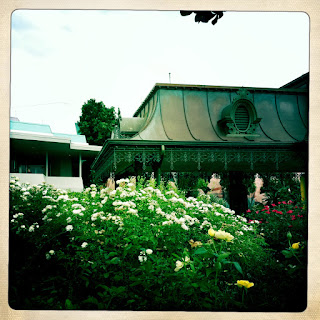 no skimping on details on the structure.

The paths meander in gentle curves creating a more organic feel than that of the very structured hub.  Displayed on this walk are many variety of American roses, including past All America Rose Selection winners.  In 1985 the Plaza Rose Garden was awarded its own AARS plaque of excellence.  Presented to Walt Disney World July 1985. For Contributing To The Public Interest In Rose Growing Through Its Efforts In Maintaining An Outstanding Public Rose Garden. 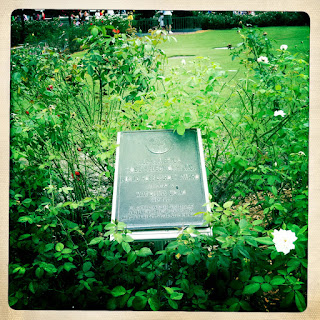 I was torn on whether or not to include the "extracurricular" preface to the title.  Though I love this addition to the Magic Kingdom, I know that few people include it in their regular tour of the park.  It certainly gets lost in the shuffle for a lot of young people. So yes, we will stick with extracurricular.  A wonderful time to visit the rose garden is from 12 to 3 in the afternoon. Perhaps enjoy your Cosmic Rays lunch down on the water?  Make sure to take in the wondrous views of both Tomorrowland and Cinderella Castle. 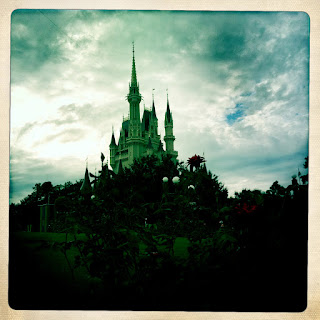 looking toward the castle. 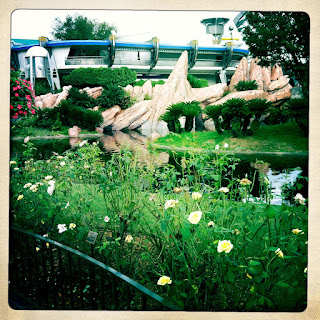 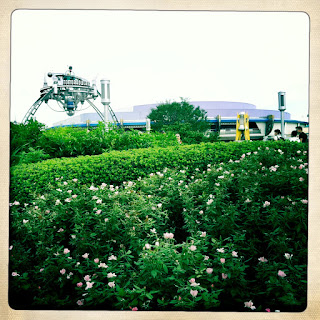 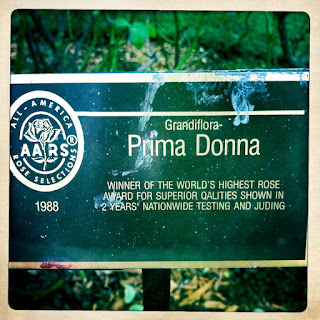 each variety has a plaque of identification.

A lot of attention has been given to this addition in the past, and while still lovely it seems to have gone the the wayside a bit.  Maybe I just don't have an eye for roses, but everything seemed either OVER pruned or totally pruned to death.  Hmmm...maybe thats just they way you do it?  Apparently the garden is hand pruned twice a year in October and on Feb 15th...so the roses will always look full and lovely on Valentines day. :)