In 1960 Disney (along with Whitman books) published their adaptation of the James Otis children's novel Toby Tyler. The book was a tie in to the classic Disney live action film starring fan favorite Kevin Corcoran.  Though the film has grown over time to become part of the cannon of sentimental Americana this version of the book is all but forgotten.  The reason? It is stinking awful.
I've just finished reading the original James Otis book, published in 188.1 (I know, old right!!??) Otis's book is a charming reflection of the period that doesn't dumb anything down, despite the intended audience.  The mutual respect between the writer and reader keeps the story on track without missing any details along the way.  The Disney version? Um, apparently they think kids are dumb.
The one great thing that came out of this book, and all Disney books from this period, are the fantastic illustrations!  All done up in red and black ink, these lithograph prints are always easy to "read." Nothing confusing about the story that they are trying to tell.   The cover is equally amazing....look how tiny Mr. Stubbs is! 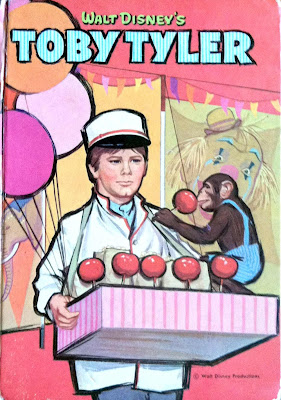 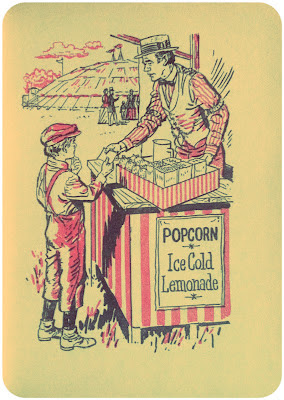 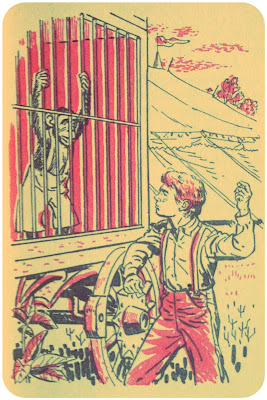 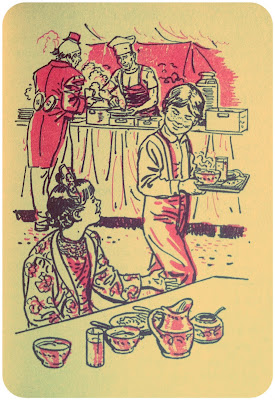 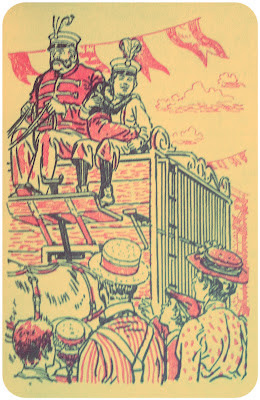 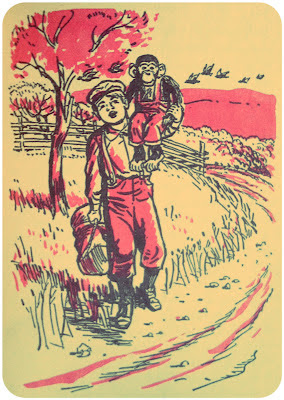 An example of the writing:
Dazedly, but with great caution so as not to spill anything while that dazzling girl was looking, Toby made for the table. Alongside the table where she sat was a bench.  Gingerly Toby sat down on one end of it, as far from the girl as he could get.  He felt shy and awkward.  Just looking at her made him feel all thumbs, with every one tied in a bandage.
Her hair, Toby thought, was the color of corn silk and just as shiny.  Straight bangs covered her wide brow and two buns were braided over her small ears. Atop her head a golden tiara sparkled.
Her eyes were big and blue as cornflowers. When she smiled she sent Toby into a real spin.