Ok.  We're going to file this one into both extra curricular and also into totally awesome hipster nonsense.
U.K. based indie band Windmill released an album in 2009 called Epcot Starfields, inspired by singer Matthew Dillon's childhood trip to Epcot.  In other words, this is freaking amazing.  Most of the songs are pretty forgettable at first, but they have a magical ability to grow on you.  The band is pretty easily placed somewhere between Polyphonic Spree and Grandaddy....even similar nasal singing. (mind you that we like both of those bands, so thats saying something I guess.)
There are a few standout tracks here. Ellen Save Our Energy is raucous and innocent, and probably the best track here.  Epcot Slow, and Spaceship Earth are both slow and very pretty indeed.  I'm not great at articulating my feelings about music obviously. This is Epcot fan fiction at its best.  Written filtered through someones fuzzy memories of Epcot Center, and we're assuming, what they have read about what Epcot was supposed to be.  A really beautiful album. 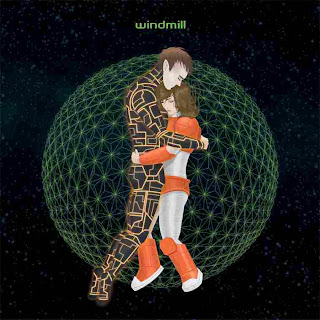 
Anyway, this album is available on iTunes.  I thought this would be a fun little treat to share. :)
Posted by Adam and Andrew at Thursday, June 07, 2012