A-Side: In Search Of The Castaways

We have a nice collection starting to form of Disney branded records.  Though our record player is broken, we have still continued to amass a few new albums here and there.   One such record is the story and songs from In Search Of The Castaways.  This 1962 charmer features some of the most under-rated Sherman brothers songs...as well as an exciting/nuts plot based on the Jules Verne novel The Children Of Captain Grant.
This album features some of that AMAZING painterly illustration of the 1960's, which help to define that era.  Hayley appears in them charming as ever... 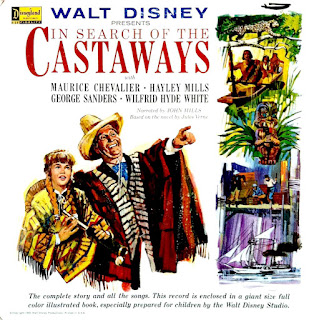 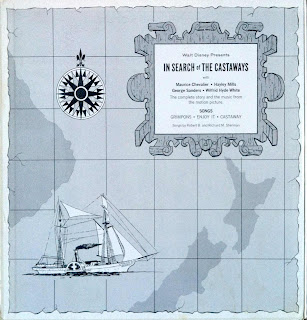 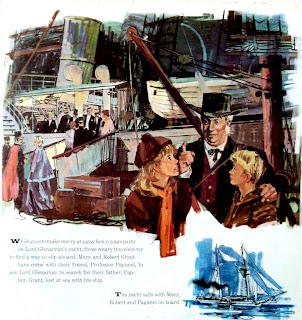 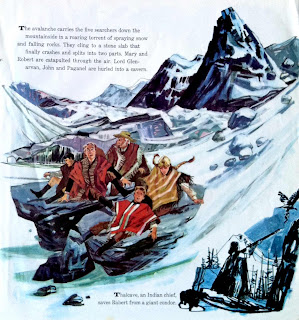 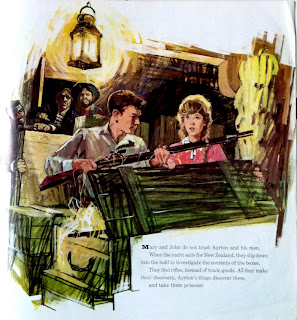 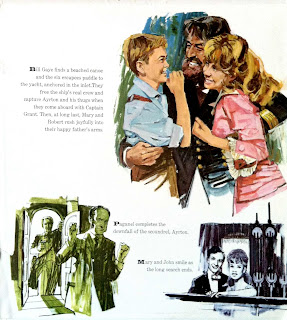 I'll post a little youtube re-cap of the phenomenal songs from this film later today...as if you'd never heard them before.
Posted by Adam and Andrew at Tuesday, June 19, 2012