Inspiration: A Day With Wilbur Robinson

The 2007 computer animated film Meet The Robinsons is often left off of peoples top Disney films list.  Not mine friends.  I love this movie, and as corny as it sounds it has a lot of heart.  Released during a time of extreme change within the company, Meet The Robinsons was dismissed even before its release.  Though it has somewhat of a cult following of ravenous fans I feel like the general consensus is meh.
The inspiration for the film is William Joyce's 1990 children's book A Day With Wilbur Robinson within which Joyce both writes and illustrates. I picked this book up at our local library very curious about the source material.
I'm happy to say that the illustrations are very nifty indeed.  The palate is somewhat more subdued than I would imagine, a sharp contrast with the vivid colors of the film.  The characters are similar, if not more stalky than in the film...including Lewis's awesome hair.  As far as story goes, it is just one short vignette found within the movie.  Very charming indeed. 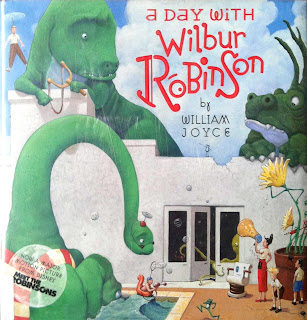 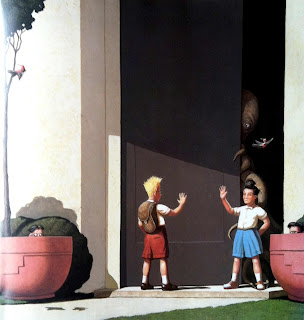 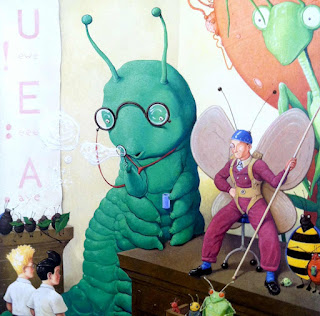 I wish this scene was in the movie! 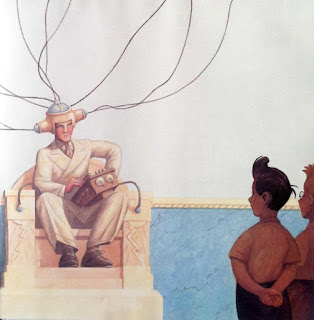 What a wonderful illustration. 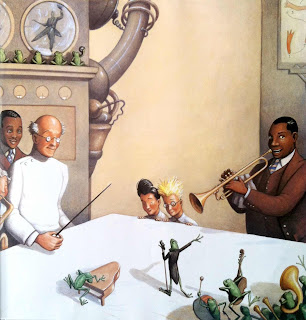 If you haven't seen Meet The Robinsons in a while (or not at all, god forbid...) you should give it another shot.  Because of the awkward nature of its marketing and release I think it has been unfairly passed by.  The honest goodhearted whimsy of the book translates nicely into this film, and should be respect as such.
Posted by Adam and Andrew at Tuesday, June 26, 2012