We've gushed about our love of the ill-tempered duck named Donald on this blog before so I won't go into his character or design. I wouldn't call him my best friend, but we do hang out quite often. Never one to be dissuaded by current trends, he wears what he wants, when he wants and we love him for it. Typically we tour in style in Donald's private Jet/Time Machine and to not disturb the locals, hes always sure to dress the part. 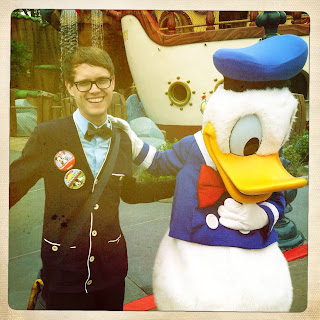 Chilling at Donald's Place 2012 (Did you hear he had Toon Town rebuilt in his yard!?!)

More after the time jump... 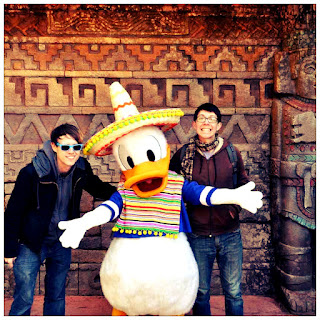 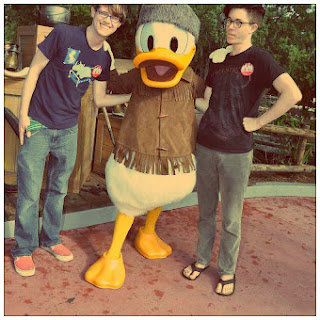 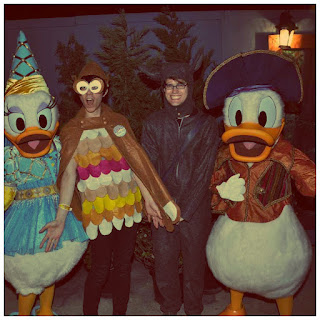