Hey Disneyland, Who Is This Gibson Girl?

In researching our upcoming (less than two weeks!) trip to Disneyland, Adam and I have become perplexed by many things.  First of all, why do people sit in single file line on Splash Mountain and side by side on Space Mountain??  This is genuinely freaking me out.  Also, the parade doesn't go through Frontierland???!!!!  What is that??!!  The level of our anxiety is incredible.  We both have been having nightmares about alternate reality Walt Disney World.
So, I've been trying to become more familiar with Disneyland in little ways here and there.   While planning all the stuff we want to eat, we started mulling over the Gibson Girl Ice Cream Parlor. 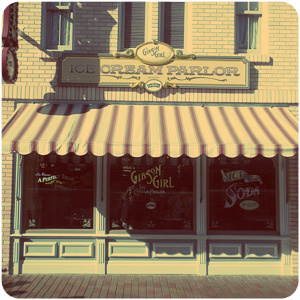 This is your standard Disney ice cream shop.  Lots of ice cream cones and sundaes are served here.  What makes this place special is the themeing.  The notorious Gibson Girl of the restaurants name is the ideal woman of the early 20th century...based off of the illustrations of  Charles Dana Gibson.
Working in New York at the turn of the century, Gibson saw many beutiful and fashionable ladies who in turn inspired his work.  Over time the Gibson girl evolved from realistic to almost super natural proportions.  Tall and curvy in all the right places...Gibson girls were often shown having a good time.  They were truly modern women.   Hair piled messy on top of their heads, always slightly askew, as was the style.  Wonderful. 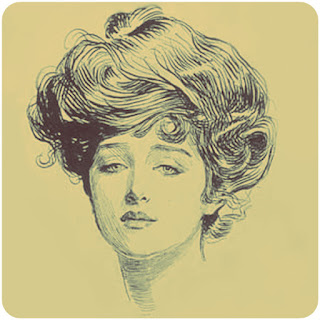 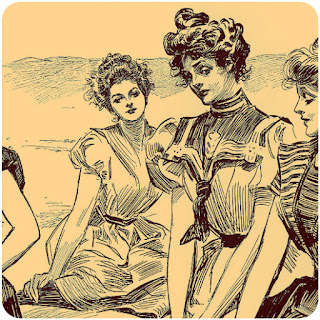 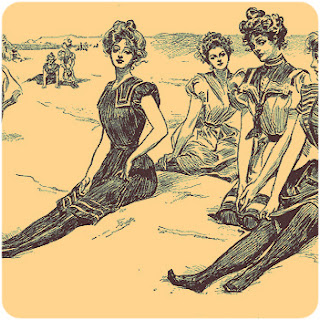 Aren't these girls stunning?  I'm really looking forward to dropping by the Gibson Girl Ice Cream Parlor at Disneyland in a few weeks!  If only to poke around and take pictures of the extensive wonderful themeing!  I can't wait!
Posted by Adam and Andrew at Wednesday, April 18, 2012