No other attraction at Epcot swills up discussion quicker than Body Wars. It was  Thrilling, educational,  had bad/awesome eighties acting, plus there was the nausea factor. (matched only by its relative twin Star Tours.)   People either love this attraction like crazy...or, well...got crazy nauseous on it and never rode again. 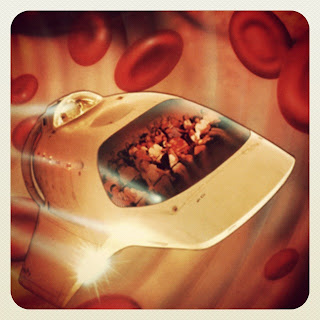 I am decidedly PRO Body Wars.  For an attraction that debuted in 1989 it holds up surprising well today, in a way that say, Honey, I Shrunk The Audience never could.  I think this is  mostly because the majority of the film doesn't include people, but actually stars the inside of the body.  Plus, Elisabeth Shue is pretty awesome. 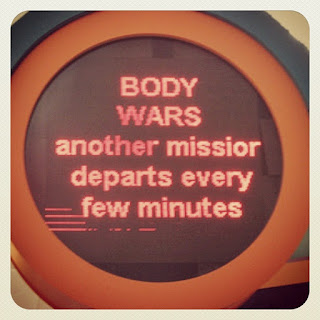 Theoretically, Body Wars is the perfect EPCOT Center attraction.  It is billed as the first Epcot thrill ride...though I could make a case for Maelstrom.  Body Wars is both educational and genuinely entertaining.  Kids and adults were both able to embrace this attraction. Kids generally found Universe of Energy, or Spaceship Earth quite boring.  Body Wars  and the whole of Wonders of Life were a welcome respite from the slow moving dry narration of old Future World.


The reason behind the closure of Wonders of Life is vague, and remains a mystery to most park enthusiasts.  Sure, Epcot attendance has waned somewhat and thinly dispersed crowds makes the park look bad.  But couldn't we make a point of updating other attractions before closing a whole pavilion?  Give people a reason to visit your park!  Not a reason to stay away!
You can experience all of Future World before noon...I am living proof, as I do an "Epcot rope drop" during each trip.  By 11:00  guests are left with a feeling of "whats next?" as opposed to the frenzy of chaotic running at The Magic Kingdom.