Each new year we get an onslaught of new Disney World announcements. They have it down to a science lately.  Every year, (or two sometimes) they announce the new Let The Year of a (million/magical/memories)Begin type of promotion.  They also announce new restaurant changes every year....and every OTHER year or so they announce new attractions.   I find myself crossing my fingers every year during "announcement season," hoping for something less lame than the previous year. (they have, seemingly been getting progressively lame.)   Here are my suggestions for this years upcoming announcements.

Funny thing about this is, I kind of like all the yearly promotions that the company comes up with.  Year of A Million Dreams, Let The Memories Begin, Give A Day, Get A Day...they're all fun, and help break up the years from each other.  No, I don't have good name for it...but I think that a promotion based in nostalgia would be great.
With all the "throw back" merchandise being offered (and eaten up) these days, the company seems ripe to embrace a nostalgia promotion.  We could have a parade with floats dedicated to extinct attractions (imagine a 20,000 Leagues Submarine float!!!!), a new castle projection show celebrating old Disney movie classic, in Casey's Corner they could show a film about the early development of Disney World.   Just some thoughts. 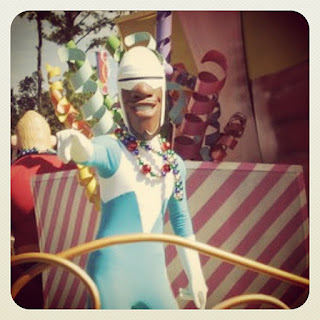 Imagine a world where Frozone is actually Mr. Toad.
more after the jump...

I've got a few ideas here...and all of these are wishful thinking.  So in lieu of going nuts, here are some bullet points.

- Small counter service restaurant at Kidani Village...the service area could be smaller than The Mara, and with much less seating.  Where could they put this?!?!?!  I need it.

- New sit down restaurant in Dino-Land at Animal Kingdom.  An upscale restaurant themed to the Dinosaur wing of a natural history museum.  You could even tie in the theme from the Dino Institute.   Animal Kingdom needs an upscale place...just sayin. 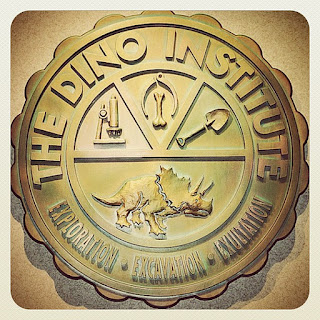 The emblem for the Dino Institute Restaurant.

I love Epcot as much as the next Disney Hipster...but Futureworld needs some serious TLC.  An Environmental Fable over at The Land Pavilion needs to go. I suggest showing shorter versions of whichever Disney Nature film has come out that year...it ties into the theme of the pavilion and promotes the company's films.  What more can you ask for? Oh...
Get rid of Mission Space.  I'd rather the area be completely empty than have this horrible attraction still open for business.   This area should be more of a pavilion ala The Land, or The Seas.  There could be a motion simulator movie about space travel (think Star Tours) and a small museum area with artifacts from the space program....and yes, lets throw a restaurant in there as well.
Bring back Dream Finder.  The Imagination Pavilion is a joke, and not in a good way.  This attraction could be SO AMAZING especially with all the new projection technology that has been developed over the last few years.   This could also tie into the nostalgia promotion that I spoke of before.  Lets have Dream Finder as a meet and greet again!!!!!!  This is actually a real possibility, as Tony Baxter has been seen touring the pavilion, so lets hope. 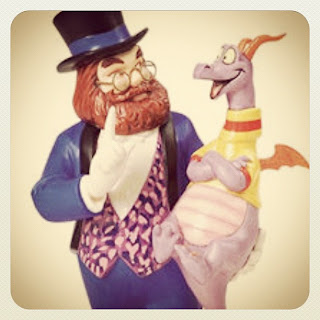 Why did you ever go away?!?!?!
Clearly this is all wishful thinking....but if we all close our eyes, cross our fingers, hold our breaths and WISH and HOPE and PRAY....maybe some of this could happen.  (maybe don't actually hold your breath.)
Posted by Adam and Andrew at Tuesday, December 13, 2011