Devout readers of this blog are familiar with our taste in attractions.  We will fight for the underdog until we are blue in the face.  I can, for instance, spout Tiki Bird history at the drop of a hat.  But ask me about Soarin, Big Thunder, of Tower of Terror...and I got nothin.
This will bring me to today's topic:  The World Famous Jungle Cruise.  This classic attraction falls in neither category.  It isn't a headliner like it used to be, but it hasn't fallen by the way side either.  It still draws a crowd, and even utilizes its Fast Pass option most of the year...but ask most people how they feel about "the cruise"....meh. 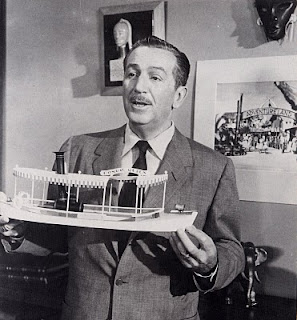 I thought we could take a little look into the inspiration and creation of this classic Adventureland tent pole. In looking at the inspiration we can further appreciate the importance of this attraction and the unique ambiance that it brings to Adventureland.  This will also help us put the attraction into the correct context intended and not the ironic hipster context that I really despise.

We can start with the most historically noted inspiration, the 1951 film The African Queen starring Humphrey Bogart and Katherine Hepburn.  This film, shot primarily in the Congo of Africa, was immensely popular...coming out just a few years before the development of Disneyland.  Many of the heavy handed themes of the film art translated directly into the attraction.


As far as films go, Disney himself had invested a good amount of time in the documentary film series True Life Adventures.  It is through these films that many of the concept drawings and animatronic designs were born.

Let's move along now from inspirations to concepts.  Harper Goff would eventually  been known largely as an art director for films (20,000 Leagues Under The Sea, Willy Wonka...) his first big creative project was actually concept design for Disneyland.  Among his projects for the park were the beautiful original concepts for the Jungle Cruise.

Both images clearly not owned by me...if only.
A lot of the "corny gags" and humor of the attraction would come later.  The script of the skipper was at times dry during the early run of the attraction...making the jokes even funnier.  I think we need to get back the original spiel...thus updating the attraction without taking anything special away.  Another great opportunity would be to encourage the cast members to ad lib their own spiel, and develop their own (approved) script.   You know how certain cast members gain a cult following?  This could be a perfect place for that.