To say that Lonesome Ghosts has a cult following would be somewhat of an understatement.  Released just days after Snow White and the Seven Dwarfs this short cartoon was kind of lost in the shuffle at the time.   1937 was a landmark year for Disney, not entirely on Snows shoulders either.  In addition to Lonesome Ghosts, we also see the release of Moose Hunters, and The Clock Cleaners.   It is easy to see how this cartoon would be somewhat ignored at the time. 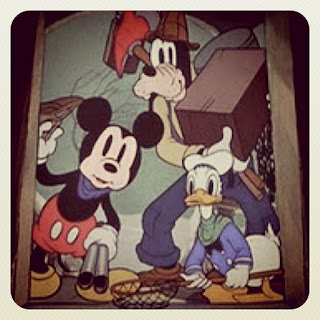 Hey gang.
more after the jump...
Lonesome Ghosts is often considered a highlight in the "trio" comedies of the 1930's...the trio being Mickey, Donald, and Goofy.  The three play off each others personalities very well.  Goofy's good nature balancing out Donald's grumpy nature with Mickey falling somewhere in the middle.  Personally I think this cartoon is where Goofy starts to come into his own.  A classic scene finds Goofy wrestling with one of the ghosts in a chest of drawer.  By the end he is just in a war with himself. 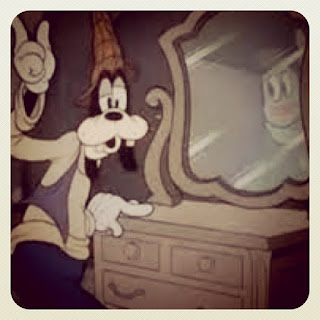 A classic scene if there ever was one.
Over time people began to think of this short among Mickey's best.  By the eighties it was on heavy rotation on the Disney channel each October.  You needn't look far for the reason why.  This cartoon is downright spooky!  The dark snow covered howling house, the disquieting crazy voices of the ghosts, even the scared out of their wits look on the gangs faces all lend to the spooky quality of the film. 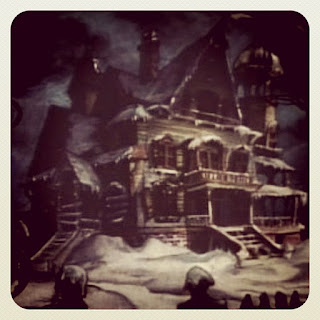 Spooky Scary.
Aesthetically speaking, the design of the ghosts themselves are quite remarkable.  The drippy soft features, big red noses, and bowler hats lend themselves well to the cannon of great Disney design.  These guys will stick around for the long haul based solely on their terrific glowing appearance.  It goes without saying that I have the Vinylmation... 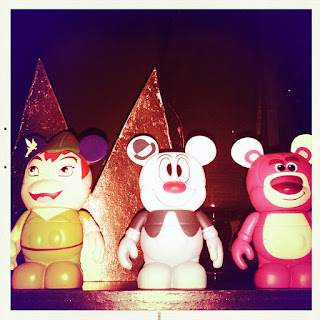 Makes me happy...
And now for the show...
Lonesome Ghosts has grown with age.  It has a certain earworm quality, (eye-worm?) begging you to come back and watch it again.  Besides the fact that the gags are rather clever, the design is particularly pleasing to the eye.  Go enjoy it again...
Posted by Adam and Andrew at Tuesday, October 11, 2011