Hey Disney!  Listen Up!  I spent an hour this morning making this: 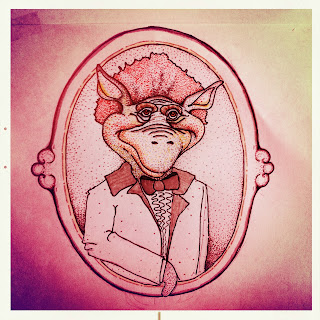 A classy portrait of my favorite Tomorrowland
resident, the incomparable Sonny Eclipse.

I would like to see some Sonny merchandise.  He has gained quite a cult following since his debut at Cosmic Rays. (1994?)  Sadly that's probably the only following he has.  Adam and I have often been the only two people paying attention to Sonny...while the other rooms at Cosmic Rays are quite busy.
The problem is that up until a few years ago, I didn't even know Sonny existed.  Neither did Adam...or any of our Disney friends for that matter.  So I am led to believe that the problem isn't Sonny's amazing show...but the TOTAL LACK of advertising and merchandise.
Yes.  I know that he has a new Vinylmation, which is awesome.  Can we have more please?  A shirt with the above image will do for now, so make that happen. 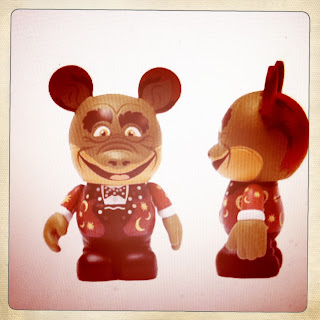 We are leaving for Disney World in a few short days.  We have gotten to the point where we go at least three times a year, and the more we go, the more I love Sonny.  My favorite tradition is getting a brownie sundae from Mrs. Potts Cupboard during extra magic hour evenings...and walking over to catch Mr. Eclipses show.  Just perfect.